Usenet, or “Newsgroups” have sprouted up in the casual file sharing scene only recently. You might be surprised to know that Usenet is one of the earliest protocols on the internet and has been a hotspot of file sharing for many many years, going all the way back to the days before most people had internet connections. 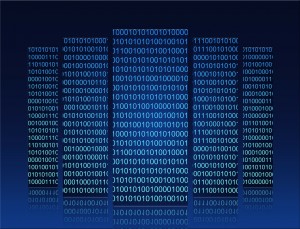 Essentially it is the oldschool equivalent of an internet forum. It contains a large breadth of topics in which people can post articles, announcements and have discussions on. It was never meant as a medium for distributing files, nor are there really “files” stored on it in the conventional sense, just articles/posts. At some point in it’s history some intelligent folk realized they could re-encode the data of a file into Base64 notation, allowing them to post binary data as a string of letters and numbers. With this encoding, it allowed them to encode files into articles of Usenet which are then downloaded and decoded back into a file by the end user.

So why, with piracy rampant for ages, has this service not been more heavily targeted by law enforcement?

Usenet has a very unique nature in which no one server really “owns” any of the data. Usenet is a collection of thousands of servers which redistribute articles to each other, essentially propagating the data across the internet in a super-cloud format. No server can really be held responsible for it’s contents as it’s just copying and making available the articles of it’s peer servers.

Why was Usenet previously so unspoken of and so popular now?

Simply put – Ease of use. Before the days of NZB’s you had to hunt through groups to find files you wanted one by one, and then had to download thousands of articles hoping they all pieced back together into the file you wanted.

Slowly, but surely over the past 10 years, developers have been making leaps and bounds improvements to this process. First came the download tools, then the NZB. Modern day Usenet now has the process almost entirely automated to the point where your movies, tv, music, games, and more all download automatically based on your preferences.

Next: Picking a Usenet Provider